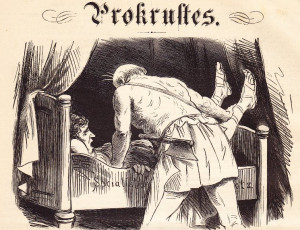 In applying anthropological thinking to how we understand and operationalize “experience” within the confines of UX and design work, I’ve sketched some initial thoughts here at epicpeople.org

There’s a lot to be said for user experience approaches, I’m a vocal advocate in my work where they are clearly an improvement upon established competitive tools, but they don’t come without some weaknesses. The two that immediately come to my mind pertain to the (1) unit of analysis and its location (individual experience); and (2) the inherent normative assumptions that structure the type of inquiry that is UX research. These are both substantial issues and are briefly discussed in the post linked above, but more will be forthcoming here. 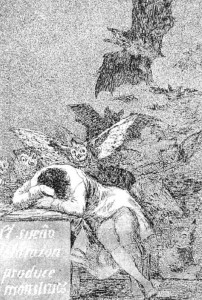 Archaeologist David Wengrow sets out to understand the cultural transmission of monsters in The Origins of Monsters and finds that, in fact, it may be the rationalizing character of state societies that is responsible for producing, or rather proliferating, monsters. More accurately, his intent is to describe the ways “composites” appear in the archaeological record and how they are distributed among a variety of cultures through time. Wengrow specifies his reassessment of a familiar anthropological topic as a study of “composites” rather than “monsters” for a number of reasons- the most important being that the term “monster” may come equipped with representational connotations that Wengrow seeks to challenge. Composite representations are not necessarily monstrous, and instead can be deployed toward eliciting fear as well as a sense of safety among other effects.

Archaeology, Wengrow demonstrates, is a discipline uniquely positioned to address this question because it is the only discipline with access, and methods appropriate, to the types of evidence necessary for an empirical, and inductively developed, account of Paleolithic, Neolithic, and early civilization representation. Prior understanding of what monsters represent, or how they come to emerge in early city and state societies, Wengrow argues, fail to account for the evidence as we find it. As one example, Wengrow starts his argument by describing the prevailing position regarding the transmission of hybrid imagery- the epidemiological evolutionary psychological account. According to this account, advocated most strongly by anthropologist Pascal Boyer building upon the epidemiological approach of Dan Sperber, describes cultural transmission as largely dependent upon innate cognitive modules. Per the epidemiological model, representations are more or less “catchy” given their relationship to an evolutionarily adapted model. The classic example is belief in God being an effect of hyper-sensitive agency detection module. As pertains to monsters, the relevant module may be a biological type classifier and/or a novelty appreciation module. The evolutionary psychology component would be the presumed universal human adaptation of these modules. Wengrow rightly notices that the archaeological record prior to state formation shows paltry examples of hybrid representations. To be sure, there indeed hybrid animal images, but the examples are too few to justify the power such modules must have. In short, if the modules themselves explain transmission and “stickiness” of composite representations, then where are all the representations?

Wengrow finds them, but they aren’t evenly distributed diachronically. Instead they rapidly proliferate at the onset of the age of mechanical reproduction during early state formation. Wengrow’s argument is roughly as follows: if mechanical reproduction alone were responsible for the increase of hybrid imagery and the impetus of interest in such imagery were biologically determined, then the rate of increase should be proportional to the rate of increase of imagery in general and hybrid imagery would constitute a similar proportion of total imagery as in the pre-state condition. Instead we find that mechanical reproduction accelerates not only the production of composite imagery but the relative rate as well. Wengrow explains this by appealing to Ian Hodder’s notion of “fittingness”. Historical development and evolutionary substructure create a positive feedback loop. The deployment of hybrid imagery by elites in early state formation to secure status by representing safety, cosmopolitanism, wealth, otherness, power, or something else sufficed to justify mechanical reproduction. The extent to which these images crossed boundaries and secured themselves in popular imagination is determined by activation of two innate cognitive capacities. The first would be the ability to perceive gestalts where information is sparse or unusual such that a hybrid animal with bizarre part transitions can be perceived as a whole. Second, the latent perceptual capacity to perceive the world not as wholes but as sums of divisible parts becomes a relevant mode of cognition, and thus cultivated, in the modern complex bureaucratic state where trade with diverse populations, mechanical and constructive artifact manufacture, and division of labor stress the holistic perceptual capabilities of pre-state people. Well rendered individual parts can be successfully combined into coherent wholes. Thus, Wengrow makes the case that cognitive proclivities may be evolutionarily rooted but historically and socially honed. The argument is clear, well-articulated, and supported by evidence, though at some point, the reader may be less than satisfied when realizing that the context to which composite imagery is well fitted, for example alongside the mechanical construction of furniture or principles of bureaucratic organization, cannot itself be the automatic result of increased complexity as this would be circular. Mechanical reproduction, political economy, and cognitive architecture may over-determine “composite” proliferation, but what explains the origin of mechanical reproduction, trade accounting, and bureaucratic organization? Who are the builders, thinkers, and engineers?

ion of this blog is to make public any of my speculations, notes, or provocations in order to tease out the periphery of my research. Topics include anthropology in general; cognitive anthropology; linguistic anthropology; science, technology and society; artificial and biological intelligence; engineering; design; and perception.